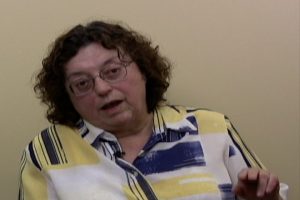 WHY THE LAUNDRY WORKERS STRUCK

Long-time CUPE official Susan Keeley elaborates as to why the laundry workers were so adamant about the need to go on strike. She emphasizes the cutbacks that they had already willingly accepted and their resulting sense of betrayal by Ralph Klein’s government when the hospitals announced that the workers’ jobs would be privatized. In this interview, Keeley also talks about women workers’ struggles both to make unions more women-friendly and to get them active on issues affecting working women.