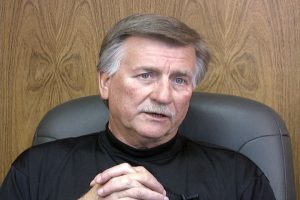 Marion Leskiw had worked for the City of Edmonton for 36 ½ years and was serving his eighteenth year as President of CSU 52 at the time of the Centennial. He came directly from the town of Spedden to a job in surveying with the City, and with his background in a political family, didn’t take long to become active in the Union. Marion shares memories of his early years in the Union during the tumultuous 70s, providing candid views on the divisions and other problems through which his Union survived over the years.