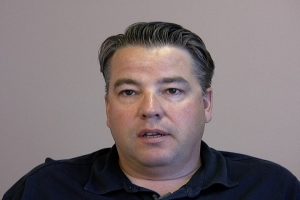 At the time of the Centennial celebrations, City Councillor Dave Loken was the liaison representative for the Coalition of Edmonton Civic Unions. The Coalition was formed by the Edmonton Firefighters, CUPE Local 30, ATU 569, UFCW (Shaw Conference Centre), IBEW and CSU 52 in response to threatened budget cuts and concern over civic pensions which emerged in the early 90’s, and Loken, who had just served a term as President of Local 30, became the first to fill the position.