Alberta Women and Work
Women in the Skilled Trades 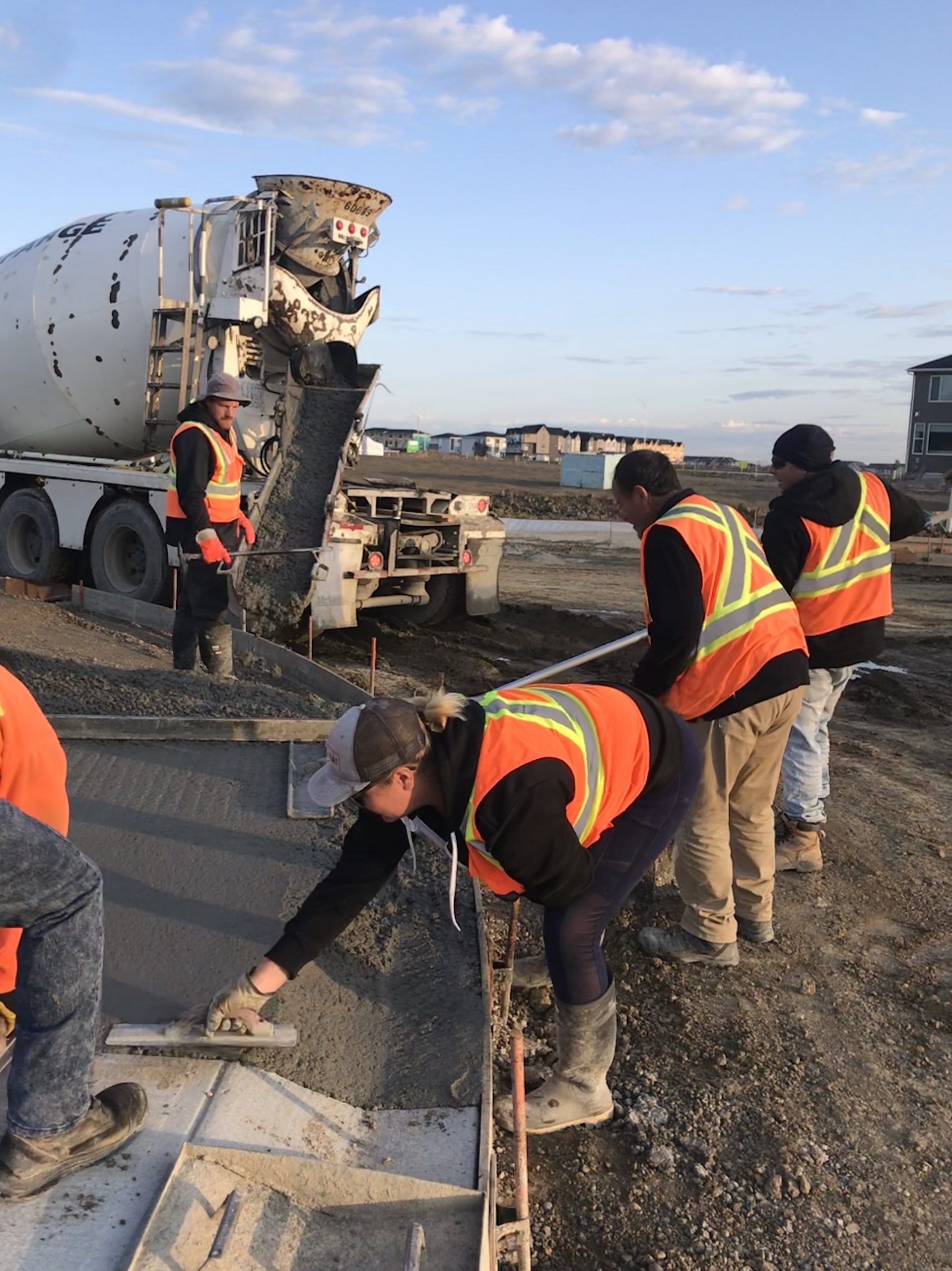 Year: 2019
Location: Edmonton
Profile: Angela Allen is a Red Seal journeyperson concrete/cement finisher and a member of the LIUNA Construction and General Workers’ Union Local 92. Starting in this trade in 2006, she is the first woman to work as a concrete/cement finisher in the City of Calgary sidewalk division. She speaks of her determination to succeed, starting from her first day on the job, the skill-building on the job, and the recognition of her achievements. She also speaks about the support and mentoring from some co-workers, and the difficulties from others. She is the Chair of Build Together Alberta and highlights how important it has been for her to be involved with Build Together. Organized in Alberta in 2015, Build Together, Women of the Building Trades is a national program of Canada’s Building Trades Unions (CBTU). Build Together promotes, supports, and mentors women in the skilled construction trades.
Keywords: Achievements; Attitude and outlook; Barriers; Benefits of unionized shop; Build Together; Cement finisher; Concrete finisher; First job; Mentors; Proving yourself; Recognition; Spouse at same workplace; Women’s participation in unions
Transcript: Download PDF