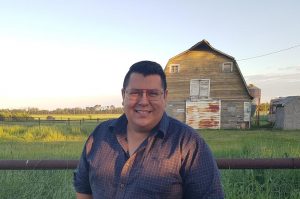 ALHI is pleased to announce the hiring of Trevor Stace as coordinator of our Indigenous Labour History Research Project, a position funded over the next three months by the Edmonton Heritage Council’s Project Accelerator Grant program. A member of Little Grand Rapids First Nation in Manitoba, Trevor grew up in Edmonton and, after high school, he worked a variety of jobs, including gas station attendant, electrical line locator, sheet metal worker, and finally specializing in the Alberta oilfields in measurement and instrumentation. Taking night school courses at Grant MacEwan while working full-time, Trevor then transferred to the University of Alberta, where he earned his BA and then an MA in History in 2015, for which his thesis was “A Community in Conflict: The Crowsnest Pass 1932 Coal Strike.” He is now working on his PhD at Wilfrid Laurier University, doing a dissertation on “Miners, Managers, and Markets: The Coal Economies of Mid-West Canada, 1920-1940.”