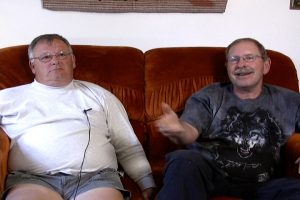 Year: 2019
Location: Edmonton
Gary Ahlstrom was born in Edmonton and raised in Canmore. He began working with the City of Edmonton in the late 1960s and remained with the City for over 30 years, first as a surveyor, then a chainman, rodman, and eventually instrument man in charge of a survey crew. Ahlstrom became active in CSU 52 when it was still part of CUPE in 1976 after a strike that year that many members regarded as yielding too few improvements. He and Jim Cox were chosen as shop stewards and then elected to the executive. In 1980, two years after CSU 52 had broken from CUPE, both men were made business agents for the union and held those positions for about a decade. In the interview, Ahlstrom discusses why CSU 52 members chose to leave CUPE. He and Jim Cox also recount improvements in member benefits on their watch, including negotiation of a compressed work week, improved maternity leave provisions, and the introduction of paternity leave. After leaving his union job, Ahlstrom became a personnel officer in the city’s sanitation department.
Jim Cox was raised on a farm until his family moved to Edmonton when he was 12. He was hired by the City of Edmonton as a surveyor in the late 1960s. Like Gary Ahlstrom, he became first a shop steward and then an executive member of CSU 52 while it was still part of CUPE. Both were then hired as business agents by CSU 52 in 1980, by which time it was no longer part of CUPE. In the interview, he talks about the break with CUPE, the people with whom he worked, the issues that the union raised in negotiations, and the challenges in representing the interests of a union with diverse occupations and dispersed work settings. Both Cox and Ahlstrom talk about the City of Edmonton managers with whom they had to work and how they tried to develop a good relationship with them while still pressing for improvements that their members were calling for.
Keywords: Business agents; City of Edmonton workers; Compressed work week; CSU 52 break from CUPE, 1978; CSU 52 strike, 1976; Maternity leave; Paternity leave.
Transcript: Download (PDF)