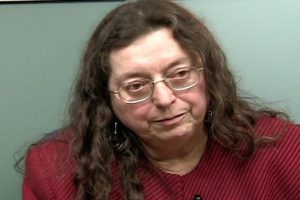 DILEMMAS REGARDING THE SETTLEMENT OFFER

Susan Keeley was a daycare worker for 10 years before becoming a full-time union official with CUPE, including many years as a national representative. At the time of the laundry strike, her duties included providing services for Local 8. Emphasizing the grassroots character of the laundry strike and the wave of support it received, she is of two minds about whether the laundry workers had any real option but to accept the half-a-loaf settlement that ended the strike. Many workers wanted to continue the struggle but an effort to win support from other unions for a general strike foundered.